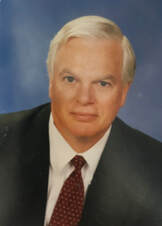 Rev. Wayne Earnest - Senior Pastor
Pastor Wayne has served the First Baptist Church of Fort Odgen for over 16 years. He is a graduate of the University of South Florida, and the Southwestern Baptist Theological Seminary with over 46 years experience in church pastoral leadership.  Pastor Wayne has served churches in both Florida and Texas.  He has served in numerous leadership positions on the local, state, and national level.  These positions have included Moderator of the Suncoast Baptist Association, member of the Florida Baptist State Board of Missions, and as a Trustee with the International Mission Board of the Southern Baptist Convention. Pastor Wayne has led numerous mission trips to Mexico and Brazil.  Pastor Wayne and his wife Nannette are the proud parents of two daughters, and two granddaughters. He enjoys Hunting, Fishing, Boating and working with cattle. ​ 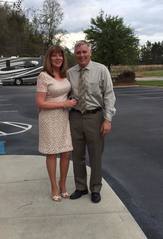 ​Greg & Barbara Jo Sullivan - Student Ministries
Greg and Barbara Jo are both native Floridians and have been involved with youth for more than 25 years.  In addition to several mission trips abroad, Greg began a summer camp for children and youth that has grown from 28 students at its inception to over 200 students and workers. He is an active FCA Chaplin (Fellowship of Christian Athletes) and is in the public schools of Charlotte and Desoto counties leading prayer groups and devotions. Greg is on the board of the Gator Wilderness Boys Camp and helps with ministering troubled boys. Greg works in our Men's Ministry leading in Bible Studies and hosting a semi-annual Outdoorsmen event that reaches over 500 men. Greg enjoys hunting, College Football (Go Gators) and spending time with family. Barbara Jo is our  Girls Youth Director.  She has been involved in ministry most of her life. She attended Tomlinson Bible College in Cleveland, Tennessee. Barbara Jo is not only our Girls Youth and  Ladies Ministry Director, but she also is a member of our Praise and Worship Team. In her spare time, she enjoys hunting, fishing, College Football (Go Clemson), reading, and Nascar. Greg and Barbara Jo have four children and five grandchildren. 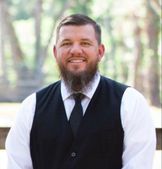 Josh  Hausman - Minister of Music
Born in Port Charlotte, Fl and a resident of Desoto county since age 6 months , Josh Hausman has been attending the First Baptist Church of Ft. Ogden for 22 years.  In addition to his duties as Minister of Music, Josh also volunteers his time as a Sunday school teacher and youth leader. Josh and Debbie are the proud parents of Caleb, age 20, and Ashlynn, age 18. Debbie, Caleb and Ashlynn are also members of the Praise and Worship team.
​​ 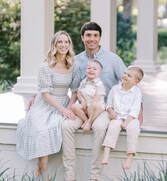 Paul Schelm Jr. - Youth & Family Ministries
Paul and Michelle were both born and raised in Florida. Paul was born in Port Charlotte and grew up coming to FBC Ft. Ogden. Paul was saved at 12 years old and surrendered to the Lord’s call to ministry at 21 years old. Michelle was born in Jacksonville, FL and was saved when she was 11 years old. Paul and Michelle met at The Baptist College of Florida, and were married shortly after they graduated from college. They have two boys, Judah and Rowan. Paul’s passion is to preach the Word of God, seeing the Lord save people, and helping them grow in their relationship with Christ. Michelle is a stay-at-home and homeschool mom. Michelle also has a photography business she enjoys. Paul served at Faith Journey Church in Chipley, FL for about three years, and Paul and Michelle served at El Bethel Baptist Church in Chancellor, AL for about seven years before returning to his home church at FBC Ft. Ogden to now serve as the Youth and Family Pastor. Paul enjoys spending time with family, being outdoors, sports, and fishing. Michelle enjoys spending time with family, being outdoors, the beach, photography, and shopping. 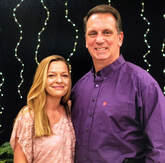 ​Kelly Morse - Children & Awana Director / Church Secretary
​Scott Morse - Multimedia Director
Scott was born in Bellows Falls, Vermont and moved to Florida in 1986 while playing baseball for the Texas Rangers. Scott currently is the Manager of  District Computer Services for Charlotte County Public Schools where he has been employed for 29 years. Scott has a Bachelors of Science in Management degree and a Masters degree in Information Systems. Scott is currently the Multimedia Director at FBC and serves wherever he is needed. He enjoys spending time with his family and hunting.

Kelly was born in Arcadia, FL. She grew up in Charlotte County and graduated from Port Charlotte High School in 2000. She worked for Charlotte County Homeless Coalition for a few years assisting those in need. Kelly has been married to Scott Morse for 17 years and they have four children. Kelly has her Associates degree in Human Services Management and her bachelors degree in Psychology. Kelly enjoys spending time with her family, shopping, gardening, and enjoying the outdoors. 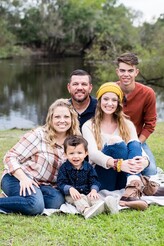 Debbie  Hausman - Nursery Director
Debbie is a lifelong member of the church and serves as nursery director in addition to supporting Josh. She is also member of the Praise and Worship team along with her children Caleb age 20 and Ashlynn age 18.  She is also raising a precious one year old that she hopes to add to her family soon.  The verse God uses to speak to her most is Psalm 46:10, "Be still, know that I am God: I will be exalted among the heathen, I will be exalted in the earth.”  ​ 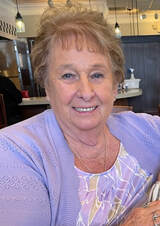 Wanda Lowe - Sunday School Director
Wanda and her husband Daniel have been married for 56 years. They moved to Arcadia, Florida in 1999 from Indianapolis, Indiana. They found their church home and became members of First Baptist in 2003. They have a daughter Melissa, son Brian, grandsons Keith, Nathan and Brayden, granddaughter Danielle, great granddaughters Kyla and Ryanna. They all live in Indiana, expect Brian, so our church family is very special to us. In 2005 Wanda became Sunday School Director and Daniel became an usher and greeter, positions he continues to serve in. Since 2005 she has served as our children's AWANA Program Secretary on Wednesday nights. In 2009 a Ministry for our Seniors called Silver Souls was started and Wanda was asked to be Trip Director. Her hobbies throughout the years has been fishing, Nascar, and crafts. Her and her husband Daniel enjoy getting together with friends and going to southern Gospel music concerts. 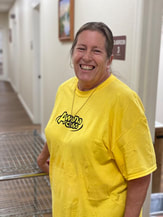 Barbara Hall Garcia - Food Service Director
Barbara is a native Floridian born in Miami. She moved to Desoto County area in 1977. Married to Mike Garcia they have two sons, one daughter in law and two grandchildren. She has been a member with the church for 14 years. Barbara does most of the COOKING for the church and volunteers in many different areas. She is part of the Quilting Club, Ladies Ministry and Awana. She enjoys hunting, quilting, reading and road trips. ​